Some very meaningful and  “unexpected” stories have emerged over the years from the games  – stories that hold special places in my memory.

I have witnessed the wonderful experience of students coming together meeting new people and making friends. For some children it is meeting –  for the first time – other children “like themselves” and the realisation that they are not the only person “like this”.

My use of the “just like me” phrase began in the very early years of the games  when an eight year old girl, who I personally knew, brought her new friend over to meet me,  introducing her  with the biggest grin on her face-  “Mrs B – this is Amy and she’s got two wobbly legs “just like me” and she’s my friend .”   It was tears in the eyes and I will never forget it. Likewise, and another ” just like me” story ,the young hearing impaired boy who was simply amazed to see other boys and girls – and even adults wearing hearing aids.

Many children with a disability attend mainstream schools and sometimes rarely or never meet other children “like themselves – ie with the same disability”. To witness the amazement of the children to this awakening  is –  lump in the throat,  goose bumps stuff, never to be forgotten.

A story from another aspect and something else I have never forgotten  :  Once again in the early years of the games, I was  approached by two mums who wanted me to know that they previously had not approved of the children being “rounded up for this kind of thing and being put on display” and  had not approved of their children participating in the games because of their belief in ” total inclusion in the mainstream”. But after some feedback from other parents they relented and had brought their children along this year to participate . After having seen the fun and enjoyment, watched their children happily taking part in activities  and  doing things they had never done – or would never do before, seeing the relaxed atmosphere of the children competing without being singled out or feeling conspicuous  –   they told me they had since totally re-evaluated their thinking of the “total inclusion” factor.

That was worth a little notch in the wall and another little story I have never forgotten.

I do really value –  and have taken some comfort from the fact that I have had a little something to do with the Challenge Games – made a difference to the lives of the disabled youth of our North Queensland.     Provided some fun and enjoyment for them, helped them make new friends, and opened up opportunities that hopefully will continue into their lives as adults.

A parent said last year with tears in his eyes. “This is the first time I have seen my son run in a  running race” His son was 12 years old. 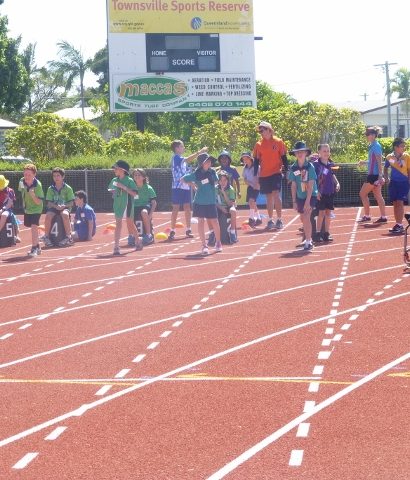